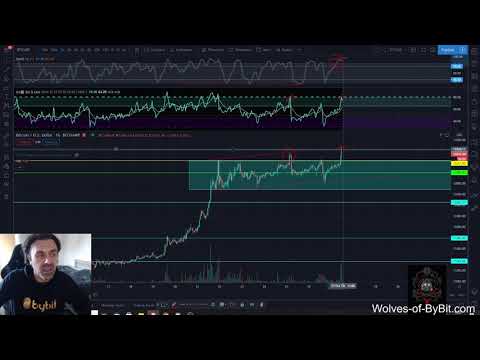 Some Bitcoin Analysts and Prediction Today and Yesterday & Why "It's not the Price, Dummy"

This is just for fun, I generally have no strong feelings toward bitcoin price (I'm just fundamentally against zero-sum get rich schemes). But today I decided to do a little bitcoin search in news.google.com and see what today's bulls were predicting in 2018. Side note, almost all of the news articles came from crypto sites. I tried my best to stay away from them. Farming magazine telling you agriculture is the future isn't exactly shocking.
To people who invest, please don't consider this as a prediction that price will fall. I'm not astute or smart enough to predict either way. The only possible use is to make sure you are more skeptic regarding predictions. Keep in mind, a rich CEO or consultant can lose 100 million and not really affect his life that much, but a 10k or 100k lose for some people can be devastating. And remember, some of these rich hedge managers don't believe their own bullshit, and hopefully, some of these quotes will emulate that.
(Note, I won't waste time linking them all, but by quoting them directly, it should be easy to google)
(another side note, I didn't purposely search out specific names. I went by the first names I came across, and only ignoring those that I couldn't find anything regarding crypto in past years)

Present: "For Raoul Pal, CEO of Real Vision, the bullish atmosphere had been reinforced, and further gains were more likely than ever.
“There are literally only two resistances left on the #bitcoin chart - 14,000 and then the old all-time high at 20,000,” he tweeted."
In a tweet today, he said, "Bitcoin is eating the world...
It has become a supermassive black hole that is sucking in everything around it and destroying it. This narrative is only going to grow over the next 18 months.
You see, gold is breaking down versus bitcoin...and gold investors will flip to BTC"
Past: 2014: "Put them in the same kind of equation we get a value of bitcoin and that value is a million dollars. Now, you'll never hear an analyst say this—but I don't mind this—I could be wrong by 90%, and it's still worth $100,000." (to be honest, that's a bit of an impressive prediction in 2014)
On the other hand, he probably didn't really believe his own prediction because in June, 2017 (when it was 2000 USD or so), he said: " “This is the most exponential move we have seen. I don’t know how far it goes, but I sold out last week… and I’ve [owned Bitcoin] since it was $200. Anything that moves exponentially, always [blows up].”"
In 2016, "This view brings Pal to the asset he favors most over the next year out of bonds, equities, currencies and commodities: the dollar."

Eh, that was just two. I was hoping to mention several people, but it appears not many people are actually making predictions anymore, and anyone mentioned are basically not big people so I couldn't find much on them regarding bitcoin before 2019.
So, the main thing I like to highlight are the analysts and such are going to make money whatever happens. Fund managers are playing with people's money and, as long as they are not involved in frauds, there is no real harm to them against wrong predictions. Generally, successful business people are successful because they were loud, confident, and were able to convince others that they had the right idea. Even when wrong, they bounce back. Most of us aren't like that.
Some bitcoiners come here to boast when price goes up, as if the increase in price is an indication that argument against bitcoin has been proven wrong. While some people here are fanatically anti-bitcoin, I am not one of those. I have nothing against people making money (why would I be upset that people I don't know around the world became wealthier??). But since bitcoin investing is by design a zero sum game, certain people will eventually lose, and it is most likely it is the people who were listening to predictions by experts that would ultimately be financially hurt, and not the experts making the predictions.
Crypto investing has been a platform where the average person works hard in his day to day life, and then brings the fruits of his labor into this field. The actual productive part of that person's life is the one outside crypto, where they had been productive for the community, and in exchange, they receive wages. Crypto investing's promise is for this wage to increase without the actual productivity. The concern is mainly that the result of all that labor will be misused by crypto "experts" who's own income (their labor) is directly linked to predictions on crypto.
The above paragraph is badly explained, but the main point is that the average person brings in outside money they worked hard for, while "experts" there is generally no outside money, crypto fund management or consulting itself is their job.
---
Money can be made, of course, but money being made isn't necessarily an argument for something. Bitcoin, and crypto, has for the past 1.5 decades still largely just about numbers going up. Google trend on "bitcoin" show top related queries being "bitcoin price", "bitcoin usd", "bitcoin usd price". When people come here when it hits a particular arbitrary price point thinking it's their gotcha moment, it actually just reinforces my argument that it is only about the price. Nothing in the history of human economy has ever lasted based only on the economic model of who you could resell it for at a higher price.
Even DeFi's smart contracts (as much as I could understand it) is about prices going up. It's like for these people the concept of contracts are based purely on money exchanging hands, and no actual task being done. Almost all contracts globally are based on specific productive tasks being done, such as employee contract, supplier contract, property contract, and so on. Only a tiny amount of it is based on "if this currency goes up, then give me that currency" contracts.
---

Bitcoin analysts say this BTC metric is in ‘belief zone’ for the first time in 15 months || "If you build it, they will come."

Why one Bitcoin analyst expects sudden

This post was originally published on this siteThis post was originally published on this siteBitcoin (BTC) might be in the early phase of a major new bull cycle, a key on-chain metric suggests on Oct. 27. The dominant cryptocurrency has entered the “belief zone,” which historically marked the start of explosive rallies. According to Glassnode, the last time the Net Unrealized Profit/Loss […]

Bitcoin Analyst: BTC Will Challenge $20k if it Rises Above $14k (x-post from /r/Bitcoin)

This post was originally published on this siteThis post was originally published on this siteBitcoin (BTC) stayed above $13,000 on Oct. 27, but one analyst is warning that the largest cryptocurrency is due for a major correction. In a tweet on Tuesday, on-chain analyst Cole Garner forecast that BTC/USD could soon end its bull run and suddenly move lower in a “Hell’s […]

Bitcoin analysts say this BTC metric is in ‘belief zone’ for the first time in 15 months || "If you build it, they will come." (x-post from /r/Cryptocurrency)

A Bearish Reversal in Stock Market May Bleed Bitcoin: Analyst

JP Morgan analysts added that the price of Bitcoin is about 13% higher than the “intrinsic value.” This value is derived from the cost of production for BTC, meaning how much it costs to buy one coin. “The JPMorgan strategists said they calculated an intrinsic value by effectively treating Bitcoin as a commodity and looking at the marginal cost of production.” Chart of BTC's price ... Some analysts expected the Bitcoin price to climb further upwards despite its overbought status. A pseudonymous one expected BTC/USD to march towards $15,000, almost a thousand dollars above its 2019 high. My preferred scenario would be for #bitcoin to go straight to $15k from here. Reaching that level would likely set up for really good alt coin buying opportunities and set a really strong ... While bitcoin prices touched all-time 2020 highs on Tuesday, a few analysts say they are expecting only a few more hurdles to surpass the 2017 all-time high (ATH). For instance, the market analyst ... Bitcoin May Be Facing Some Trouble Soon. The currency has been on a roll ever since October came about, and analysts are excited to see the currency make another attempt at gloriously reaching ... Bitcoin rallying higher would likely be enough to drive ETH higher in the days ahead, though. Featured Image from Shutterstock Price tags: ethusd, ethbtc, ethusdt, btcusd, btcusdt, xbtusd Charts from TradingView.com Analysts Think Ethereum Will Surge as Bitcoin Holds $13,000 Support

My channel focuses on Bitcoin news and Bitcoin price. In every video I do Bitcoin technical analysis suitable even for beginners, I go through daily BTC news... Bitcoin Analysis of current market action, the bear is back in Bitcoin and is taking its toll There is not much to do here. Follow me on Twitter! @realcryptotrade Website: Real-crypto.com Webinars ... Enjoy the videos and music you love, upload original content, and share it all with friends, family, and the world on YouTube. Brief Quotidien du Lundi au Vendredi sur le marché des crypto monnaies dans lequel nous analysons le Bitcoin et les Altcoins. Rejoindre notre communauté Disc... Bitcoin Price Analysis & Crypto News! 👍 THUMBS UP & SUBSCRIBE NOW + 🔔! *** VIP PRIVATE TRADE ALERTS - https://t.me/joinchat/AAAAAEts9GFT3RV_6wLjOQ *** *****...