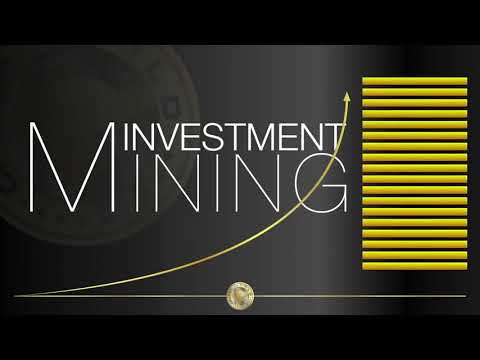 Some of these issues were raised briefly in today's AMA with Haipo Yang, founder and CEO of ViaBTC:
Mining vs non-mining nodes
https://np.reddit.com/btc/comments/5ddiqw/im_haipo_yang_founder_and_ceo_of_viabtc_ask_me/da3wszm/


What do you think of the influence of non-mining node operators under Bitcoin Unlimited's model for voting on maximum block size? Do you think that non-mining nodes signaling for a certain size would truly motivate miners to not exceed that size?


I believe that with the Bitcoin Unlimited method, the influence of non-mining nodes on the block size is very limited.


Are you using the Bitcoin FIBRE relay network bitcoinfibre.org?


~ u/core_negotiator (Note: This person is not a "Core negotiator". There is no such thing.)


No, we use our own system [which was] developed by myself. It is much better.


[Have you] Thought about having that incorporated into BU (even giving access to BU miners)? I ask because looking at some of your pool's first-job times, it looks your system is quite impressive and it'd be a massive slap in the face for core's RN et al


I am very happy that other pool would like join our network.


Why don't you open source it to help improve the network?


haha so when will you open source it?


~ u/yeh-nah-yeh
 Should we be concerned that ViaBTC will have a lot of hashing power - and they will be using a private, close-source relay network?
There is probably a lot of discussion we could have on this topic.
I like ViaBTC - but it seems strange that he did not address this point very much in his AMA.
Are we going to have to "trust ViaBTC" now and "trust" their closed-source private relay network software?
This seems like this would be a point of centralization / vulnerability in the network - where ViaBTC could abuse his power, or other players could attack ViaBTC, and harm Bitcoin itself.
 How does BU "signaling" work - in a non-mining (fully-validating) node, vs a mining node.
One question quoted above from the AMA was:


Do you think that non-mining nodes signaling for a certain size would truly motivate miners to not exceed that size?


I understand there are multiple parameters involved in "signaling":
(Are there other parameters too? I can't remember.)
Here is a Medium post by ViaBTC where he proposes some strategies for setting these parameters, in order to safely hard fork to bigger blocks with BU:
Miner Guide: How to Safely Hard Fork to Bitcoin Unlimited
https://medium.com/@ViaBTC/miner-guide-how-to-safely-hard-fork-to-bitcoin-unlimited-8ac1570dc1a8#.akijaiba7
Could we have some more discussion on how "signaling for" blocksizes works - under various possible future scenarios (optimistic / pessimistic... likely / unlikely / black-swan)?
 There are various future scenarios (after the network has eventually / presumably forked from Core to BU) where people could use BU's parameters to realize certain results on the network.
(1) What are some of those future scenarios?
(2) What are some possible (typical, atypical... benevolent, malicious... altruistic, selfish... defensive, proactive... pessimistic, optimistic ) BU parameter-setting strategies which people might adopt in those scenarios?
(3) Can we start putting together a comprehensive strategic "threat (and opportunity) assessment" on those various possible future scenarios / strategies - ranking various threats (and opportunities) in terms of impact as well as probability?
(4) A lot of the discussion about BU is among miners - mostly in China - and maybe later many miners will be using the ViaBTC pool - which is also offering a cloud mining option... so perhaps it is normal & expected that most of the discussion about BU parameters revolves around miners.
(5) Does BU give miners "all the power" - and so blocksize goes to 2 MB, 4 MB, 8 MB - and then some users from low-bandwidth geographic regions can no longer run full nodes at home?
(6) If we have a period of 1-2 weeks where "bigger blocks" get mined (eg, 2 MB, or 4 MB), and then we decide we don't like it, can everyone "signal for" smaller blocks after a couple of weeks of bigger blocks? Can the chain reverts to a smaller blocksize, after a brief, one-week "bulge" of bigger blocks?
(7) If we have an isolated incident where a single very-big block gets appended to the chain & accepted to a sufficient depth (say, an 8 MB block or a 32 MB, that some miner somehow managed get accepted on the chain)
(8) Remember BitPay Adaptive Blocksize? One of the nice things about it was that its consensus-forming mechanism was based on taking a median of what people were signalling - and the median is a more robust statistic (harder to fake/sybil?).
Can any ideas from BitPay Adaptive Blocksize (eg, using the median) be incorporated into Bitcoin Unlimited?
 These are just some initial questions.
Other people probably have many more.
Hopefully we can have some good discussion and analysis, so we can keep the network safe & growing.

In this post from Mike Hearn on the mailing list he seems to suggest that the fork will go ahead even with less than 50% of the hashing power.
He claims that if all merchants, exchanges and users are moving to this chain then it will be the main chain even if it has less computational power. SPV nodes only need a forced checkpoint...
But the majority of the hashrate can now perform double spends on your chain! They can send bitcoins to exchanges, sell it, extract the money and build a new longer chain to get their bitcoins back. Are companies like Xapo and Coinbase really so stupid that they would go along with this without complete consensus? I dont think so.
If the miners think that Bitcoin is doomed because of this change, then this is what they will do to maximize their profits.
But you could always roll back the blockchain to revert the double spend and have your saviors Gavin and Mike do a checkpoint for you on every block. Better yet just let them sign the blocks for you and you wont have to worry about that pesky mining!
Or you could change the hashing algortihm... Oh, but wait... so much capital has gone into the mining industry so this aint gonna happen.
The sheep of reddit who worships Gavin and Hearn really need to understand the importance of consensus...
Nothing of this is obviously going to happen, but just the fact that Mike suggests it is painful to watch. I thought he was more competent than that.
Mike Hearn is really the Mircea Popescu of the "pro increase blocksize" debate.

08-01 23:11 - 'Yeah I heard it was a pretty small number of active people that wanted the DAO fork. / For my money, I'd say it's okay for bitcoin to go slow. I can understand people feeling pretty upset if you have a lot of money in mining it...' by /u/walloon5 removed from /r/Bitcoin within 9-14min

'''
Yeah I heard it was a pretty small number of active people that wanted the DAO fork.
For my money, I'd say it's okay for bitcoin to go slow. I can understand people feeling pretty upset if you have a lot of money in mining it and you think that a lot of value for bitcoin comes from it being able to scale way up.
And I'm not saying I like at all every word written by Mircea Popescu, but I read what he writes about bitcoin and when I think of the kind of mind that can see a weak coin and destroy it, he's like the level of mind I think would do it. He's stated that if bitcoin grew it's blocksize he would just attack it relentlessly, so you'd have to figure out how to get people like him on board from a game theory / value perspective - eg PROVE good value in the fork, show that it's not reasonable to attack it, makes better sense to join, etc.
So I'd say if bitcoin hardforks, they would want to go to some extreme measures to prevent doublespends, have huge consensus in place.
I think that old coins in the hard fork would be in an interesting situation. Maybe you'd have to fork again a later year to leave old coins behind so that they couldn't hurt you, not sure.
On the other hand, I think that bitcoins have been distributed about as fairly as you can distribute any cryptocurrency, now that they've been invented. So old coins have that legacy value.
EDIT: Anyway, here's MPs warning and I read and reread it whenever I wonder if bitcoin should hardfork: [link]1
'''
Context Link
Go1dfish undelete link
unreddit undelete link
Author: walloon5
1: t*ilema.**m*2015/if*you-g***n*a-bitc*i*-fork*irr**p*ctive-w*ich-sc*m*e*-*roposes-it*you-*i**-*ose-your-bi*coi**/
Unknown links are censored to prevent spreading illicit content.

Mircea Popescu Talk to the bimbo. tam I like everything what is said and I support it a lot. I am glad to be here and to... cindt fuck me; Mircea Popescu Mda. aetc nuca vine que te vaya bien y que te... dure la francesa, bre... dar nici macar... Mircea Popescu Bwahaha what a fucking fabulous article. Mircea Popescu Wtf's a pubg. Home Strategy For Bitcoin The 1 Bitcoin Show- Vlad Costea talks Lightning Network, BTC media, Romania, Mircea Popescu, more! August 31, 2019 admin Strategy For Bitcoin 13 Tel Aviv, Israel- Vlad Costea writes for Bitcoin Magazine where he covers all sorts of hardcore Bitcoin matters. limit my search to r/Bitcoin. use the following search parameters to narrow your results: subreddit:subreddit find submissions in "subreddit" author:username find submissions by "username" site:example.com find submissions from "example.com" url:text search for "text" in url selftext:text search for "text" in self post contents self:yes (or self:no) include (or exclude) self posts nsfw:yes (or ... We could for instance estimate the total dollar value of the Bitcoin mining network somewhere in the 10 - 20 million USD range given that the total output is 20.483 Thash/s as of this writing, the GPU cost per Mh/s is in the 0.3 - 1 USD range and the FPGA cost per Mh/s is in the 0.5 - 1 USD range. By this formula a 5 Mh/s bond (a particularly popular denomination) would pay out weekly : mircea ... Tel Aviv, Israel- Vlad Costea writes for Bitcoin Magazine the place he covers all types of hardcore Bitcoin issues. Today Vlad dialogue concerning the crypto information, localized exchanges, lightning community, the Romanian BTC scene, Bitpiggys, and far more! It’s 2019 in fact! I say it’s 2019 by mistake! Tune in at 5PM Baltimore time for …